Brookland Junior school buildings opened for pupils (both infants and some Junior classes, as confirmed by log book on 9 September 1952 with some of the infant school spaces following shortly. Both buildings were completed by January 1953 , save for one foundation completed in June 1953 and subsequently the two schools began running independently. The official grand opening ceremony by the Mayor of Finchley, Alderman J Gordon Bryson J.P. was on 18 May 1954 – see photograph and programme . For children in class in 1955 see Events Day  and the associated Collection .

Built on a 4 1/3 acre site, north of the junction of Brookland Rise and Brim Hill, the buildings were carried out under the County Council’s building programme for 1950 onwards.

They were designed and erected under the supervision of the Middlesex county architect, Cecil George Stillman FRIBA (1894-1968), a pioneer in promoting the flexibility required for evolving educational requirements in building. He was responsible for 200 school plans in Middlesex of which 138 were built. The Brookland schools were built in a Modernist style with a light steelwork structure and external walls of facing brick. Each classroom was filled with louvered top light, aluminium sliding sash windows, store, sink and French doors to the open air. The schools were and still are connected via the kitchen. Photos can be found in the Collections listed on the right, including fuller information on the architecture and public art.

The Brookland schools have expanded considerably since the 1950s with a nursery school for 45 pupils, the infant school for 270 and the junior school with up to 360 pupils. Their facilities include playgrounds, an eco-garden , sports fields and a shared indoor swimming pool. In 2017 an eco-building was opened for the Nursery School and in October 2018 an eco-friendly solar-powered building was opened for years 4 and 5 pupils by the Mayor of Barnet Councillor Reuben Thompstone.

Brookland Schools’ children are involved with and participate in regular local activities including history walks, frequenting the Suburb Library, projects with Fellowship House and Choir and Proms performances.

Brookland anniversaries link with those of the 1952 accession of Queen Elizabeth II. Both the Infant and Junior Schools celebrated her and their Golden Jubilee in 2002. Representatives of fifty years of pupils came to a garden party alongside past and present teachers, governors and pupils, picnicked in the grounds, sang songs through the ages and concluded the evening with a grand firework display sponsored by the Residents Association. Read the Suburb News article and see the Golden Jubilee and Fireworks poster 2002 . A tee-shirt was created by the students with a unique design.

The Infant school mosaics were made for this Jubilee, and one depicts the Queen .

For the Diamond Jubilee in 2012 the junior school pupils created a tree artwork which included mosaic leaves made by every pupil & member of staff. The “tree” is on the wall of the Junior dining room where chess is played just as it was in the 1980's.

Although the schools are on the edge of the Suburb they have always welcomed links with the surrounding community. The annual fetes bring in local visitors. In 2012 this gave rise to a link with the nearby Community library that manned a stall at the schools’ fete. It was the library’s first year of volunteer operation after taking over from Barnet. Since that innovative start, Brookland Infant school classes, with teachers and helpers, have regularly visited the library .

The 2019 pics are by Marilyn Greene ©
The museum takes every reasonable precaution to ensure that its displays are legally compliant, and extract school logs are vetted for compliance. 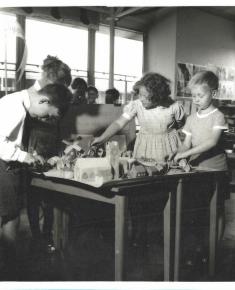 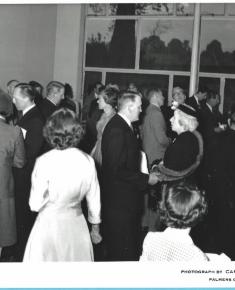 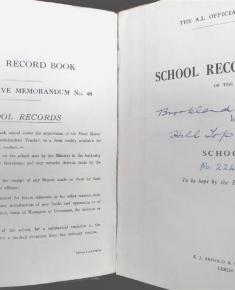 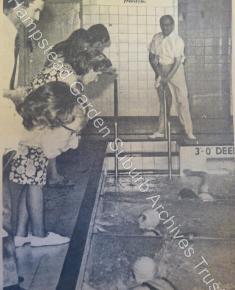 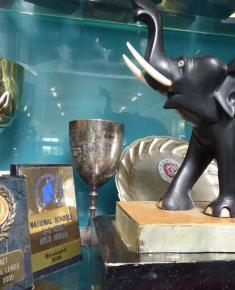 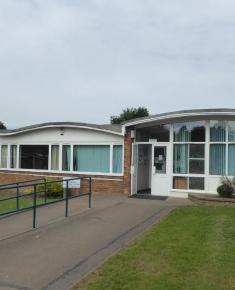 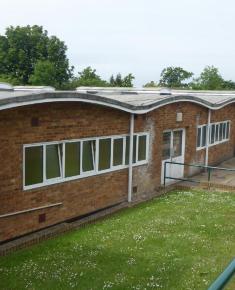 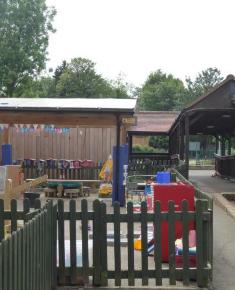