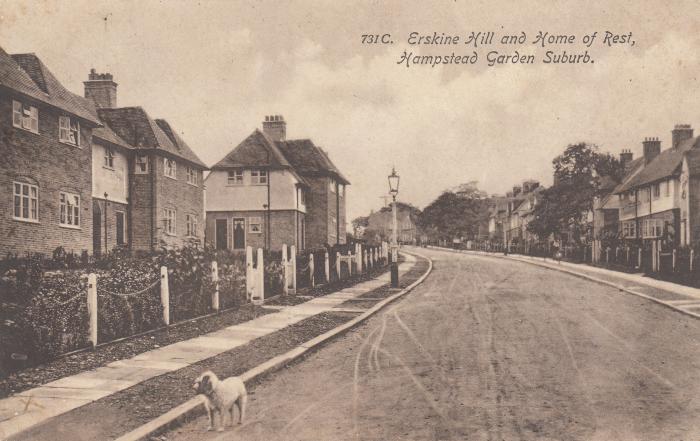 How much of Erskine Hill existed in 1911 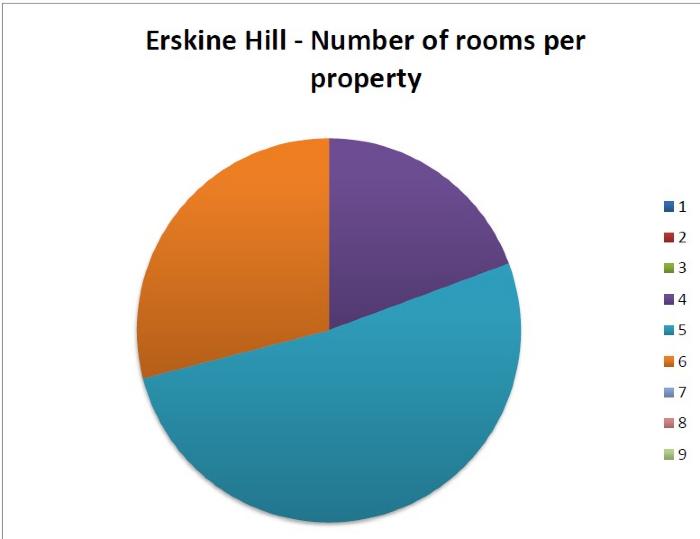 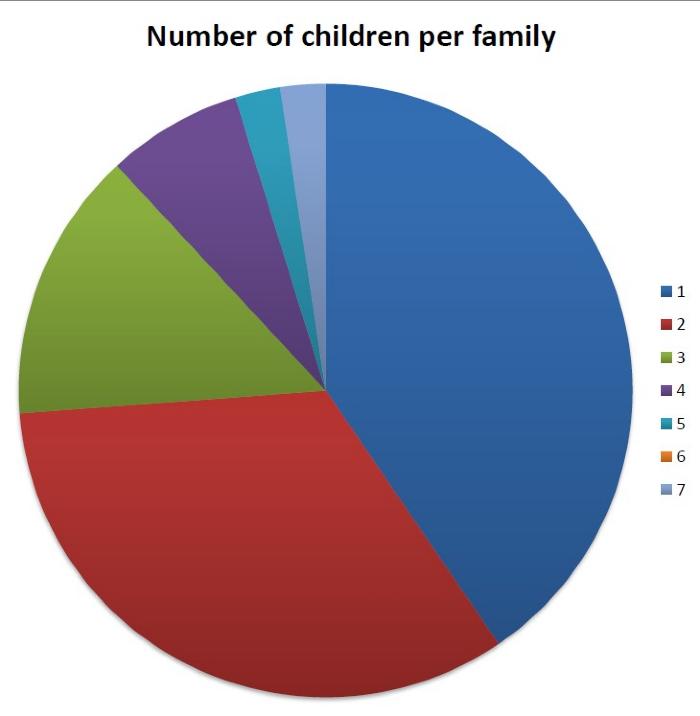 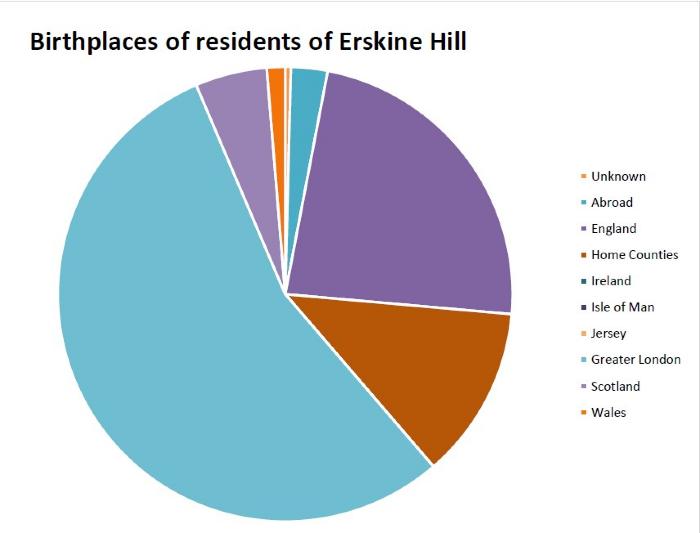 John Marks, the Superintendent Gardener of the Suburb. He was trained at Kew and his daughter had been born in Bournville, where he had presumably previously worked in another model village.
6 from GPO (a telegraphist, a counter clerk and 4 sorters)

George Montague Ellwood 1875-1955: On census describes himself as a Designer and employer in the area of book design, however his interests seem to have been wider.

He is also described as an artist, designer and interior - decorator, but was also an award winning furniture designer. He was educated at Holloway Art School, later studying in Paris, Berlin, Dresden and Vienna and also at Camden School of Art from 1916 to 1924. In 1897, he won a gold medal for his furniture designs at the National Competition, South Kensington. He was a founding member of the Guild of Art Craftsmen. He designed for the firm of J S Henry and his designs were exhibited at the Paris Exhibition in 1900, winning a Silver medal. These items of furniture continue to be sold at auction and are in museum collections.

He also designed posters for the London Underground Group between 1912-14 with some examples at the London Transport Museum. Later in life he edited journals and wrote books on drawing, design and advertising.
Wilfred Perrett – reader in German at London University and worked with physicist George Jeffery to translate early work on relativity theory (including work by Einstein) into English. His university work also included etymology and musical and literary criticism.