Memorials to the Fallen 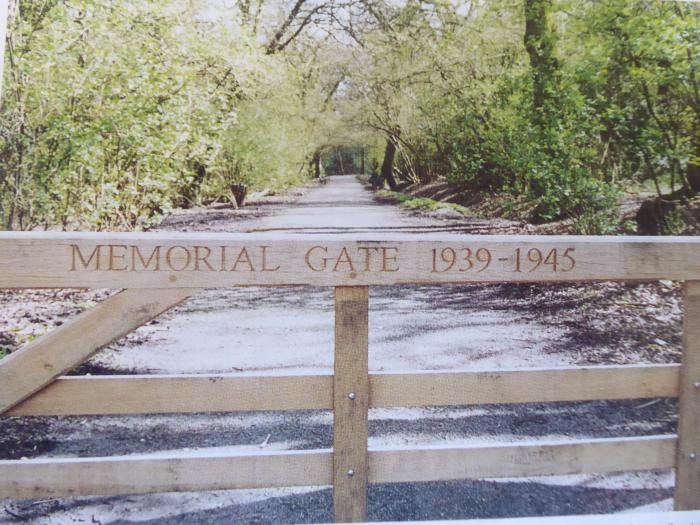 On 28th April 2001, a group of Suburb residents led by the Reverend Tony Spring formerly opened a new Memorial Gate to Hampstead Garden Suburb civilians who lost their lives during the Second Wold War. This, with the inscription “Memorial Gate 1939-1945” on it, is situated at the top entrance to Bigwood where an old farm gate had originally been installed before the First World War (one old post still remains today). It is also along the boundary of the Bishop of London’s land which divided the parishes of Hendon and Finchley. 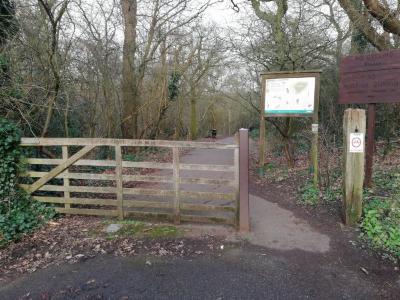 To mark the occasion Michael Holton prepared the hand written Book of Remembrance which is kept in the collections of the Hampstead Garden Suburb Archives Trust.

from St Jude’s Church) died after rescuing children from the sinking SS. Benares that was taking evacuees to Canada. He is commemorated on Walter Starmer’s fresco in St Jude’s. Robert Lockie was on board the SS Andora Star. The ship was on route to Canada and was torpedoed off the west coast of Ireland on 2nd July 1940 and 800 lives were lost. On board were a group of 1500 German and Italian refugees bound for internment under the mistaken impression that they were all Nazis or Fascists.i Robert is commemorated on the Free Church War Memorials along with Sir John Abraham who was believed to have been on official business on behalf of the Prime Minister Winston Churchill.

The Golders Green clock tower war memorial was officially unveiled on 21 April 1923 as a memorial to those who died during the First World War, The project was led by the architect Arthur James Reynolds who was chairman of the Golders Green War memorial committee and member of Hendon Urban District Council. Its cenotaph design without a cross on it was intended to reflect the number of Jewish people in the area who perished alongside their Christian neighbours. It was made from Portland Stone and at the top of each face of the column is a laurel wreath, and one of the words: COURAGE, LOYALTY, JUSTICE, HONOUR, beneath them. A bronze plaque records 181 people listed in alphabetical order the lost their lives. It was designed by the architect Herbert Welch who was responsible for many houses in Hampstead Garden Suburb and in Golders Green. Much of the money raised to build it came from a well patronised variety show at the Golders Green Hippodrome.

Organised by Mr H.G. Potter Chairman of the Golders Green, Child’s Hill and Garden Suburb War Memorial committee, in April 1948 it was decided that another 1940-1945 Second World War memorial should be added to the 1914-19 War Memorial. This was paid for by public subscription and Herbert Welch was the honorary architect for its design. The monument took the form of an open bronze book placed on an altar. Family and friends were invited to come forward and offer names by 12 August 1948. It cost in the region of £350 and was unveiled by the Mayor of Hendon on Armistice Day (11 November) 1949 with 164 names on.ii

ii Bronze Book will record War Casualties, Reproduced from the Hendon and Finchley Times August 5 1949, in the collection of the Hampstead Garden Suburb Archives Trust

Extracts reprinted from the Hendon and Finchley times about the progress of the Golders Green War Memorial, 1949 in the Collections of the Hampstead Garden Suburb Archives Trust.