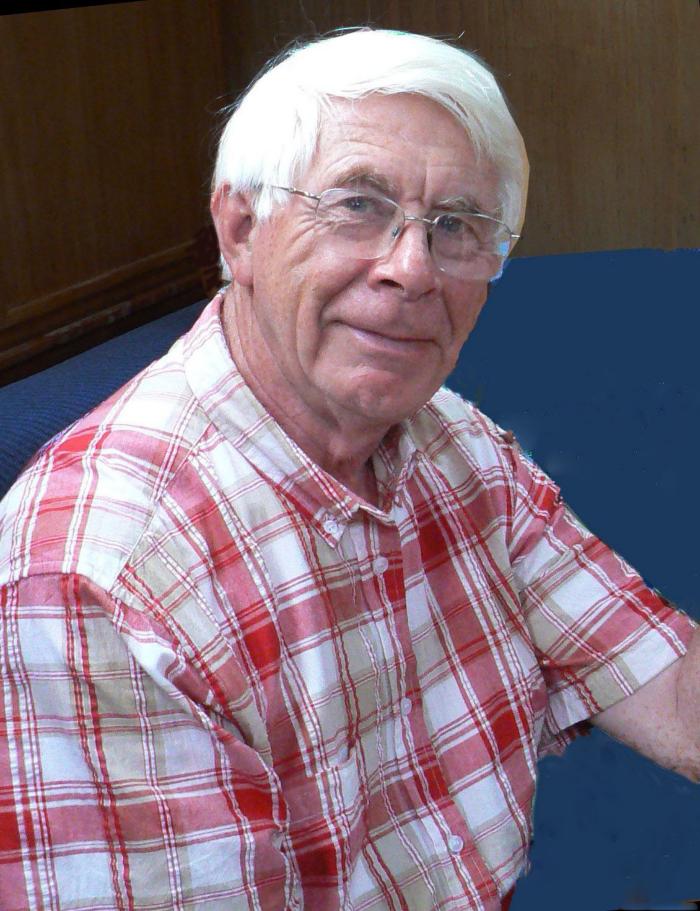 A proud Welshman, John was born in Gorseinon, SW Wales, in 1935. He studied at University College London and did his medical training at University College Hospital.  His long career as an anaesthetist began at UCH, during which time he was called up for National Service. After UCH he moved on via the Whittington to St Thomas’s Hospital, where his career ranged from Senior House Officer to Consultant Anaesthetist. He and Sonia, a nurse, met over coffee in the Casualty kitchen at UCH and they were married in 1960. They lived in Mill Hill for 30 years with their two sons, before moving to the Suburb in 1994; quickly putting down roots and making many friends. John loved sailing, cricket and travelling and was an accomplished water-colourist. He left the gardening to Sonia.

I first met John when I was standing for election as a Lib Dem for Barnet Council and was out canvassing.  After knocking on his door with no reply, we were moving on when a silver-haired gentleman with a big smile came rushing out of his house and ran up the road to ask a particular question that needed a particular answer if he was to vote for me!  We met again when he and Sonia joined the Horticultural Society, later becoming joint membership secretaries. Although he left the committee after a year or so because he had so much else on, John remained a very active member, helping keep the Hort Soc show on the road in so many ways.

John was Chair of Fellowship House from 2015-2020. He was a very practical man, who could fix anything for anyone and freely gave his time, advice and loyalty to help friends and neighbours.  He had a great sense of fun and will be sadly missed.

John Mathias, husband of long-term committee member Sonia Mathias, was a great character with a marvellous sense of humour and always at the forefront of our events and shows – he was the best roadie when it came to the audio/visual system.  He was a constant source of information and always willing to share his incredible knowledge and experience with a huge smile and never a negative thought or backward glance. We will miss him terribly and he will be a hard act to follow at our events. A real bloke and irreplaceable.

Although I knew of course that he was very unwell, I was really saddened to hear the  news of John’s death. I am writing this on behalf of Fellowship, its Members and the Management Committee. I really didn’t know very much about John or his earlier professional life until we approached him after strong recommendations from all sides in 2015 to step in as Chair.

Although it was a no risk step for Fellowship, it was a surprising and courageous move for John to agree to be inserted at the top of an organisation he knew little about. Added to that, we were right in the middle of the expansion project. On the Committee he was a beacon of calm and gentle humour. He skilfully kept everyone together especially when feelings ran, at times, a bit high as a new and bigger Fellowship started to change course a little. John was never afraid to roll up his sleeves and he managed to master the labyrinthine mysteries of the audio visual system with the ease of a professional. People will remember his approach to everything - unflustered and self-effacing, his inability to speak ill of anyone and most of all, his great sense of humour. A good man who will be much missed by all.