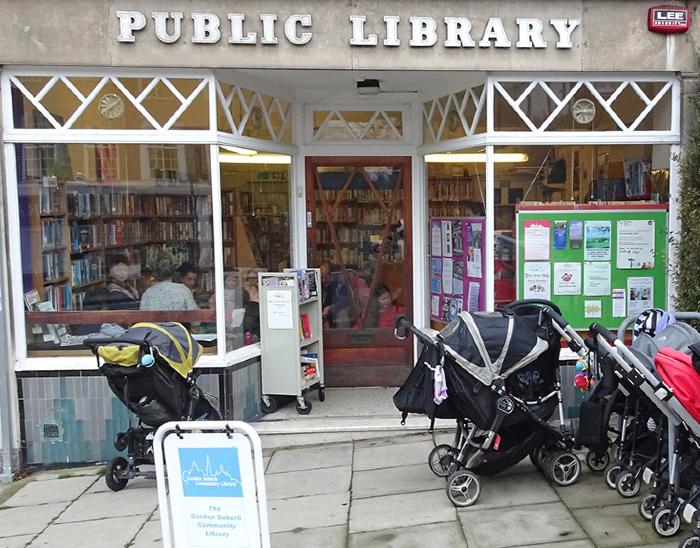 Since 1957 the Suburb has had its own library in the Market Place, three doors uphill in Hill Rise. For 55 years, a Barnet branch library, and since April 2012 a volunteer-run Community library with Barnet support for overheads and a lease of the premises.

In 2011 the London Borough of Barnet reviewed costs across its 16 branch libraries and found that the cost per borrowing was highest in the Suburb – its smallest library but still needing two full-time staff on duty in case of demand or disruption, plus reserves to cover holidays and illness. By June 2011 it had published plans for closure three months later, together with another library.

Many members of the local community supported by the HGS Residents Association campaigned in 2011 to prevent closure. The campaign was successful, and within just a few days of the borough librarians being redeployed to other libraries in April 2012,

Garden Suburb Community Library opened its doors to readers again, this time in the hands of about 40 volunteers who had been trained to run it.

The library has since then gone from strength to strength, with over 2200 registered users, children’s activities twice a week, a monthly book club, and occasional author talks and one-off children’s events.
Books are constantly replenished, and a team of volunteers has £5,000 to spend annually on adult and children’s books. We also have two user computers which are in constant use and a printer which can also scan and copy.

The library is an incorporated registered charity, Garden Suburb Community Library Ltd, charity reg no 1149211, and is supervised by 7 trustees. 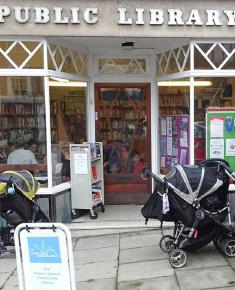 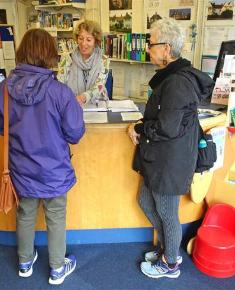 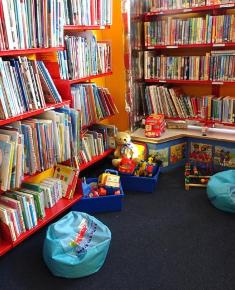 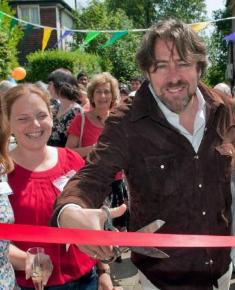 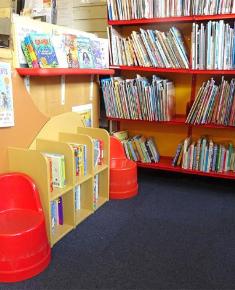 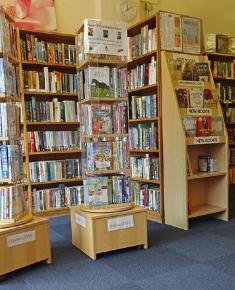