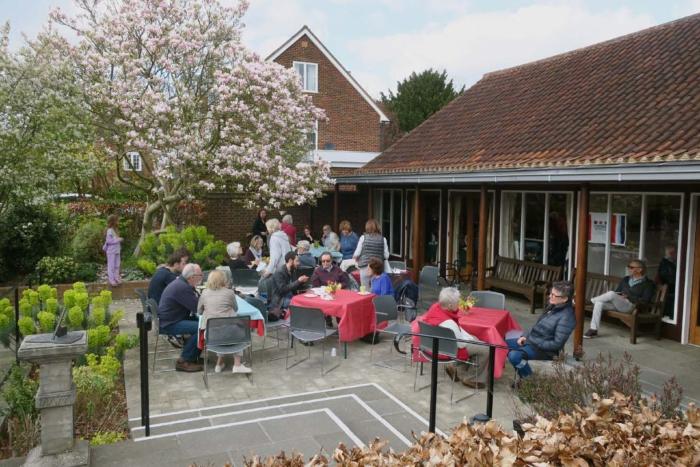 Fellowship provides a wide variety of activities for the over 60s resident within the Suburb. Most of these take place at Fellowship House 136a Willifield Way NW11 6YD

Fellowship was founded in 1909 shortly after the establishment of the Suburb. Its initial role was a benevolent society to provide “assistance to Suburb residents, including those in the Orchard

, who through sickness, bereavement, distress, accident, unemployment or old age were in need of temporary assistance”

Funds were raised from the Suburb churches and the various societies that had been established, and also from the Middlesex County Council Sunday Cinema Fund!

It is recorded that Dame Henrietta Barnett’s interest in Fellowship was largely negative as the charity (Fellowship) in her view “begot idleness which in turn begot mischief”.

It is much to the credit of those early community-minded residents on the Suburb that they were not discouraged by that point of view, although inevitably they were forced to turn to State provision in the most difficult situations. It is true, as we have seen, that they used the impersonal terminology of their day, speaking of 'cases' meaning those receiving help, and 'inmates' meaning residents in The Orchard and on occasion that might be thought to have been somewhat condescending, but this may be forgiven in the context of the time, and it is the case that a careful reading of Fellowship minutes never reveals a refusal to anyone on the ground of being 'undeserving'.

The concept of Fellowship as a benevolent organisation continued with increasingly diminished impact until the end of World War 2, with the inception of the Welfare State.

One of the social community centres of the Suburb was the Club, with its impressive Clubhouse on Willifield Green. The building was destroyed by enemy action in 1940. When reparations were being granted by the War Damage Commission in the post war period, the only existing organisation that the Commission could pay for the loss of the Club House was the “old” Trust. The Trust received £10,000 for the loss of the Clubhouse and the Co-Partnership Tenants Ltd who had run the Clubhouse received £5000. There was either no wish or will to rebuild the Clubhouse.

Nothing much was done until January 16th 1957, when the then Chairman of Fellowship, Mr Edward Parry proposed a plan to develop the Clubhouse site. With a grant of £2000 from the Trust and a promise to match every pound raised by the Suburb residents with a pound from the trust up to £1000, together with £1000 from the Co-Partnership Tenants Ltd, an appeal was launched to rebuild the Clubhouse as Fellowship House. The concept and intended use of the rebuilt facility was the subject of much controversy mostly in letters to the Hendon and Finchley Times. Much of this exchange of views is well documented in Kathleen (Kitty) Slack’s account of Fellowship.

On July 2nd 1957, HRH Princess Margaret was invited to cut the first sod on the land of the old Clubhouse which was to become Fellowship House. The building was completed and opened by Edward Parry in 1959.

Fellowship as a club, and Fellowship House as a resource

In the 1960 Annual Report for the first time the difference between Fellowship House and Fellowship was spelt out in print; Fellowship House providing a Club for the over-60s living in the Suburb, paying an annual subscription, and enjoying various social activities; and the Fellowship providing personal help to residents in or from their own homes by visiting, shopping, collecting their pensions and so forth.

Fellowship House continues to provide a wide variety of activities not only for the over 60's Fellowship Members but also for all Suburb residents of all ages. These include a weekly talk on many varied topics, art exhibitions of work by London artists, film shows, music appreciation sessions, chamber concerts, literature and poetry discussion groups, a book club, bridge evenings and history lectures. In addition, physical well-being is catered for with classes in Tai Chi, Zumba, Yoga, Dance, Pilates and Keep Fit. Croquet is played on a large lawn hidden away at the back of the building and chiropody services are provided for a reasonable fee.

As a community centre it provides a modern facility for hire with good audio visual amenities, and is used by many Suburb organisations and by residents for private parties, particularly at weekends. For full details of its current activities, and to arrange hire of rooms, see www.fellowshiphouse.co.uk 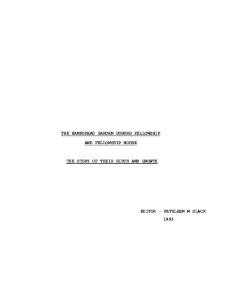 Fellowship and Fellowship House - The story of their birth and growth 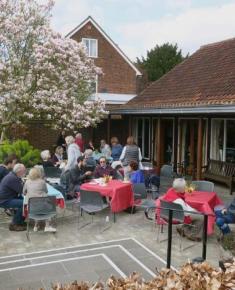 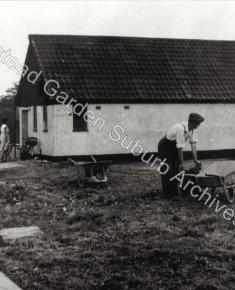 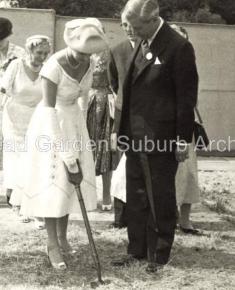 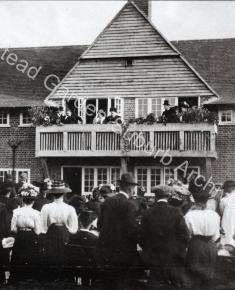 Opening of the Orchard 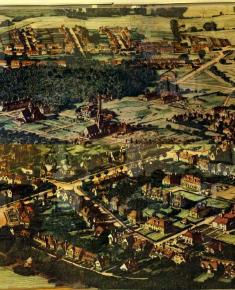